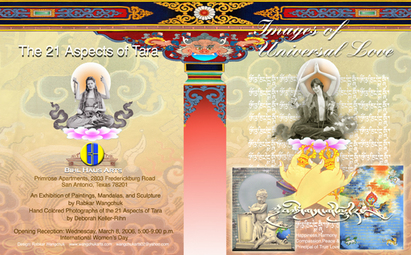 Yes, those are portraits of my daughters, Katie and Lauren as goddesses.
Artwork by Rabkar Wangchuk. 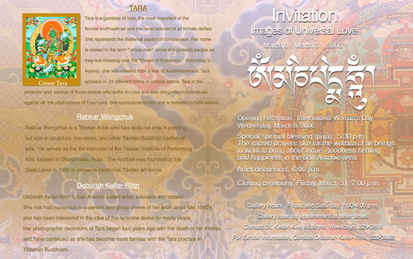 The 21 Aspects of Tara Deborah Keller-Rihn

Tara is the Tibbetan Goddess of Compassion. This series of photographs is my attempt to visualize the 21 Aspects of the goddess as described in the book, Tara: The Feminine Divine by Bokar Rinpoche.  I found this book when I attended a White Tara initiation in Boulder, Colorado led by Tashi Wangchuk, Rabkar Wangchuk’s brother.  Rabkar Wangchuk is an artist and Tibetan monk who I sponsored to come to America and who was my teacher.  Tara, Tibetan Goddess of compassion, is an enlightened being regarded as the Mother of all Buddhas.  She is especially associated with long life and wisdom.  As a female manifestation of enlightened energy, Tara is said to come our aid quickly and powerfully.  In the West, we are familiar with Mother Mary, whose qualities of boundless love and compassion resemble those of Tara.  It is said that Tara was a real woman before she was a Goddess.  The story goes that when it was noticed how devout Tara was, the monks suggested that she pray for a male form in her next life.  Offended by the implication that to be female is somehow inferior, she vowed to forever remain in a feminine form to help all sentient beings.  And so, she can be regarded as one of the earliest feminists.  In a time of world crisis, especially on the ecological front, I believe it is especially important for us to value the multi-faceted nature of feminine energy and to value the earth that sustains us all.
It is my fervent desire that one day we might learn to live together in peace.

Since attending this initiation, I have felt compelled to create this series of photographs.  It must be remembered that this is a subjective interpretation.  Normally, these aspects are created by artists as thangka paintings.  Since these are photographs, the images are at once a portrait of a particular woman and a representation of an abstract quality associated with the goddess Tara.  The artist and the model together symbolically participate in the mystery of Tara.  I photographed my family and friends and learned about the ritual objects as I worked through the photographs.  I want to take this opportunity to thank many people who supported my efforts in this project:  Rabkar Wangchuk, Ramin Samandari, Tim Summa, Dr. Kellen Kee MacIntyre, Joann Tilton, Magda Chellet, Montgomery Toscano,
Eric Lane, Rose Demir, Andrea Wilson, Bill Colangelo, and Tashi Wangchuk.   I also want to thank all of my beautiful Taras: Lauren Hutchison, Katherine Hutchison, Jenny Dev, Nadia Dev,  Meena Dev,  Rose Demir, Kathy Armstrong, Josie Mixon, Angela Ehrenfried, Ana de Portela, Rebecca Villareal, Nicole Alvarado, Kim Keller, Alle Neesham, Dana Keller Pearson, Chrissy Beauchamp,
Marcy McChesney, Diana Roberts, Rita Maria Contreras, and Sharon Colangelo.  I would also like to thank my father, Ron Keller for always being supportive and dedicate this show to my mother, Betty Jean Rihn Keller.  I hope these images are a pleasing tribute to Tara and the spirit, beauty, and resilience of women everywhere.  Happy International Women’s Day and Happy Birthday Lauren (my beautiful daughter born on March 8th, International Women's Day).  These pictures were first shown at Bihl Haus Arts along with the work of Rabkar Wangchuk and later were shown at the San Antonio International Airport.  Thank you to Kellen Kee MacIntyre for giving us the show at Bihl Haus Arts and thank you to Diana Roberts for encouraging me with the original concept and for the organizing the show at the airport.  Most of the originalTara pictures have been sold but they could be reproduced on thanks or in hand painted altar boxes-limited to 5.  Price would vary according to size and presentation.  Please contact artist for details.  A set of all 21 could be printed for a special price. 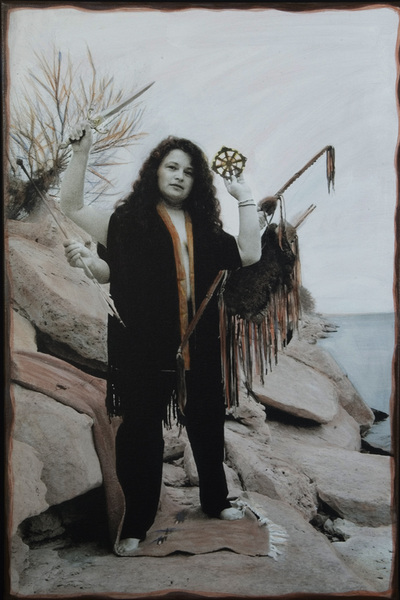 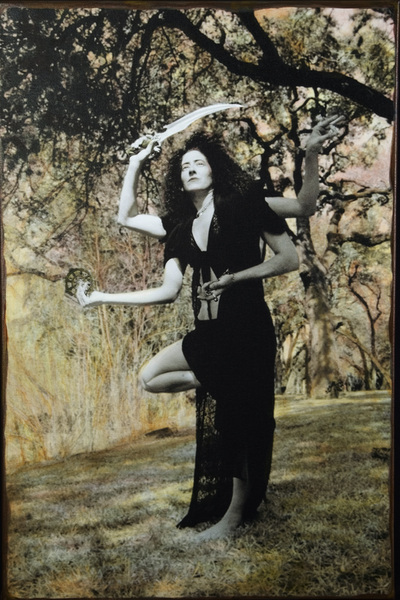 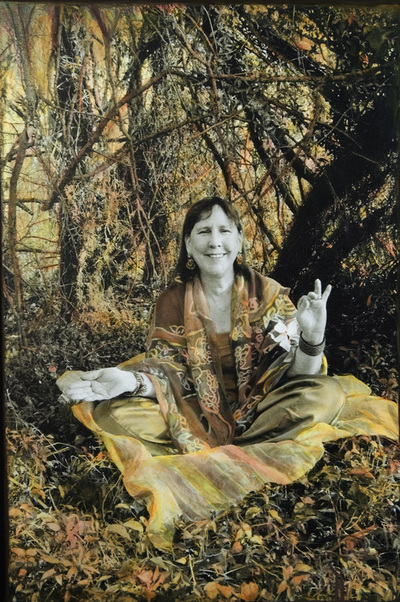 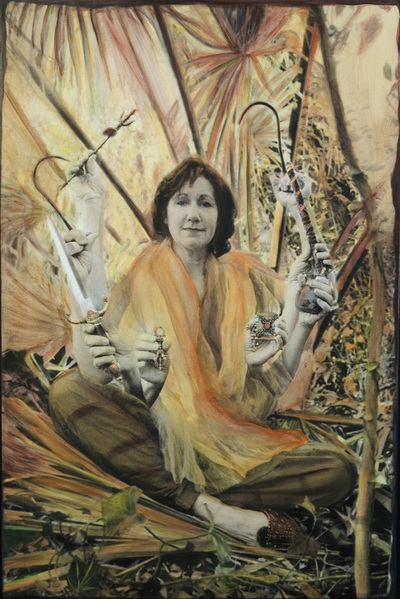 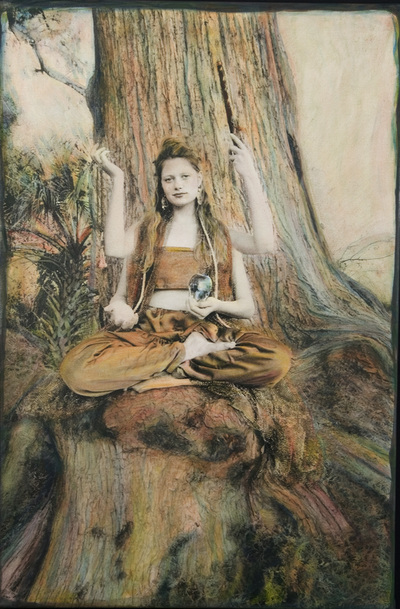 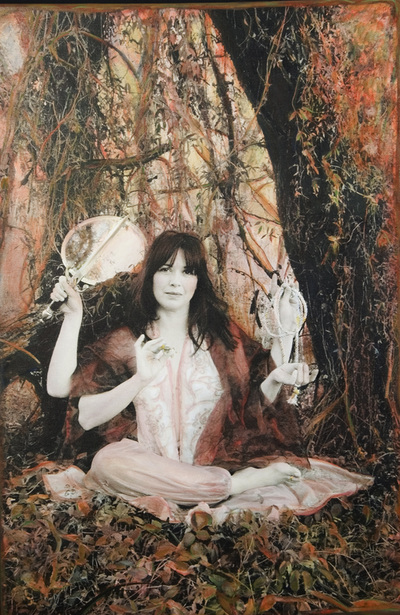 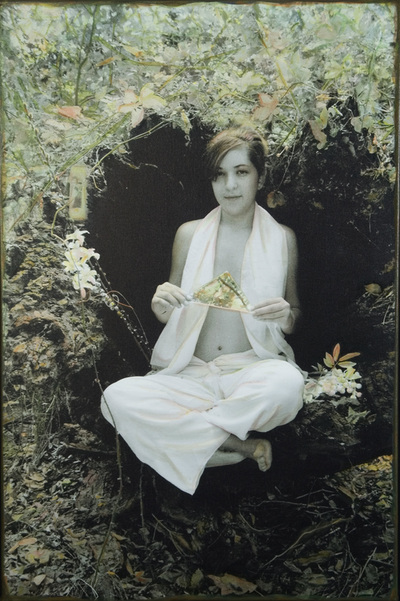 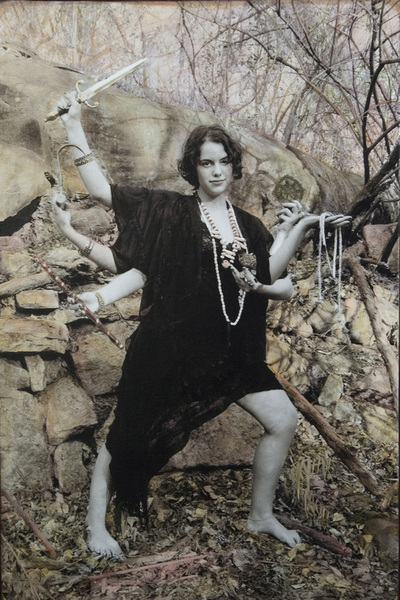 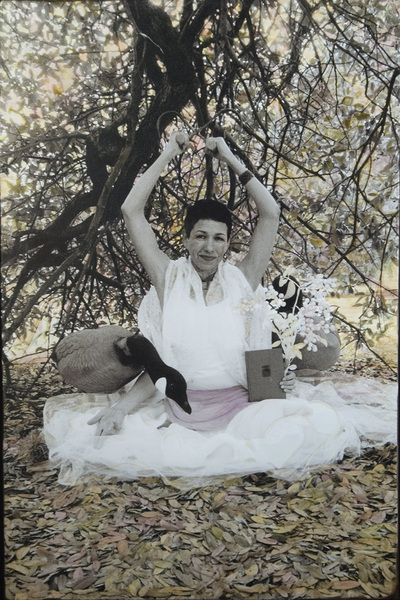 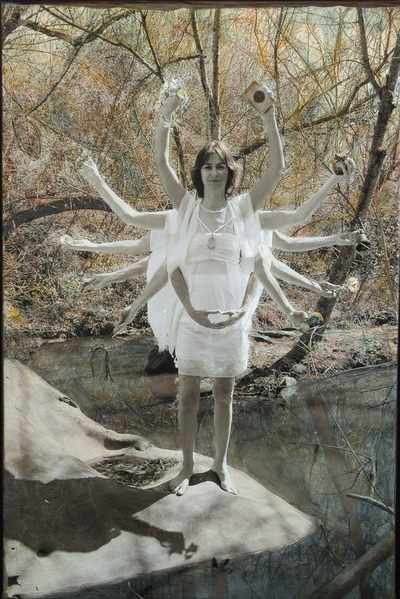 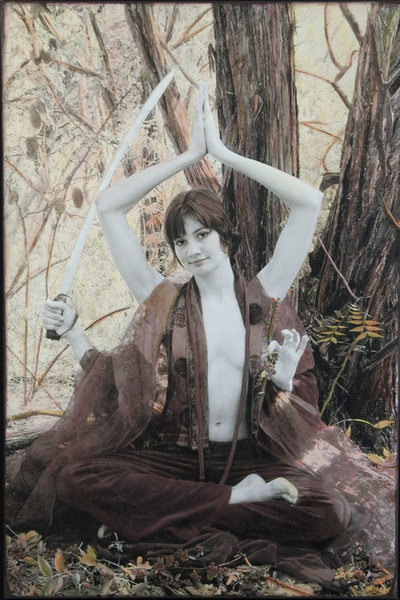 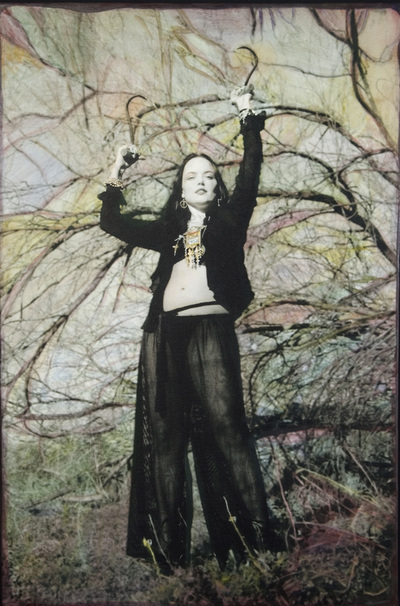 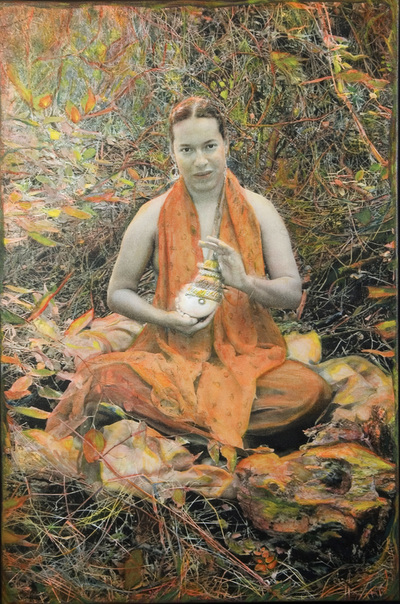 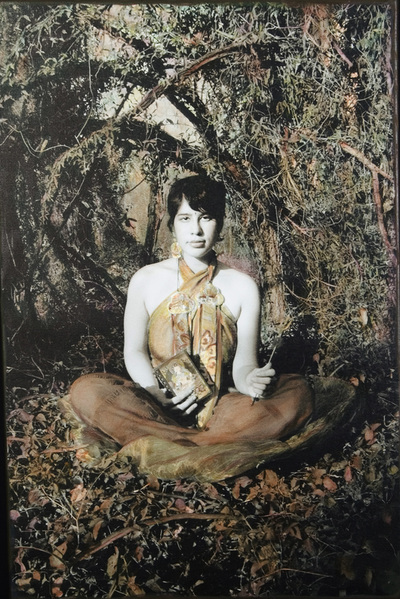 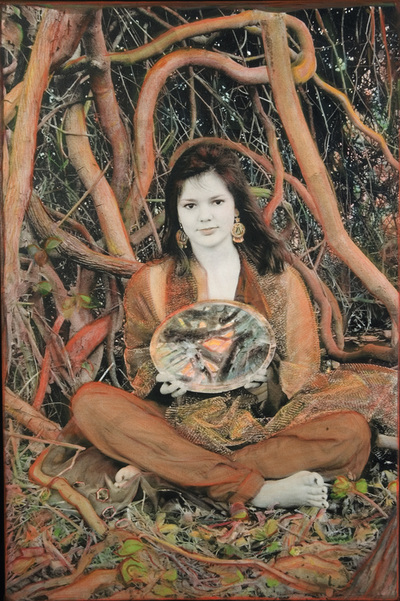 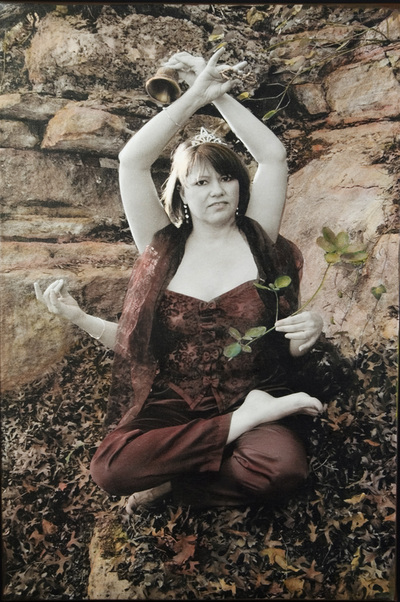 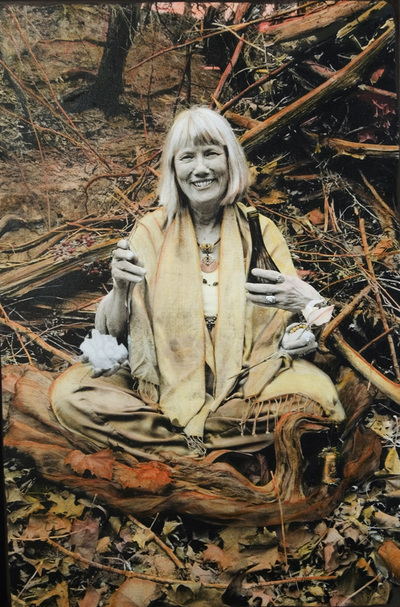 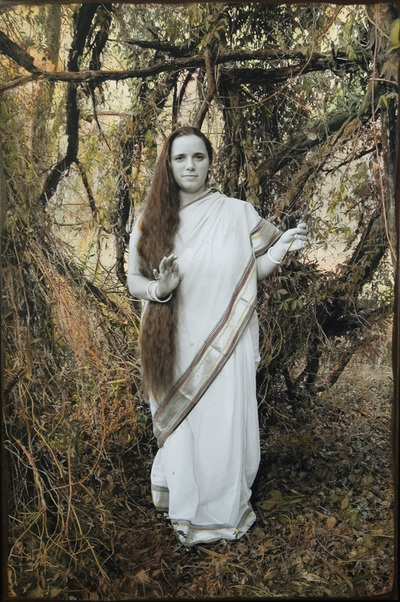 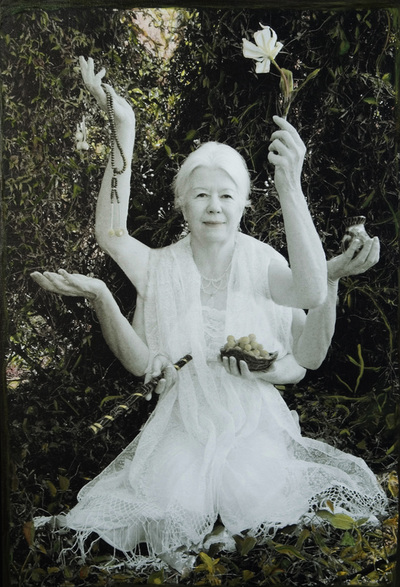 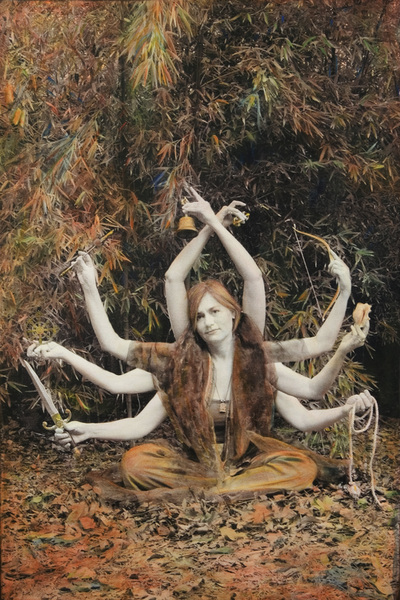 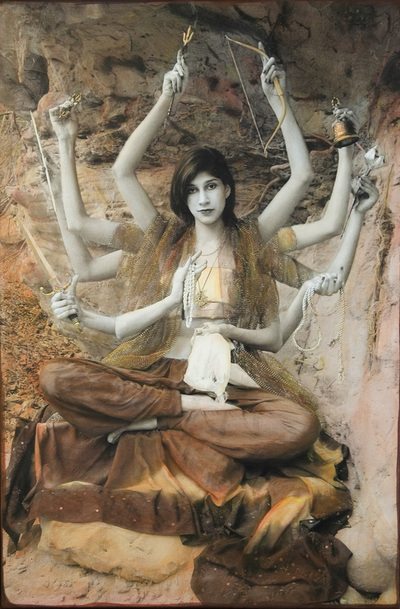